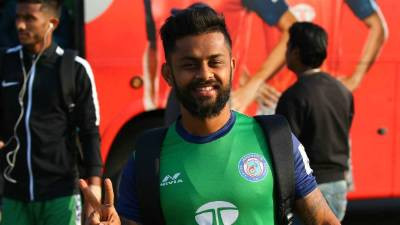 Karan, 28, has put pen to paper on a deal that will see the defender join the club as they look to improve their current league position.

Born and bred in Mumbai, the defender began his career through the youth ranks at Mahindra United, Air India and Mumbai FC. The Mumbaikar also represented and captained Maharashtra’s under-21 team.

Continuing his career at Mumbai FC and DSK Shivajians in the I-League, Amin has teamed up with Steve Coppell’s side on a deal through to the end of the current campaign.

“The ISL is one of the fastest growing leagues in world football and I’m delighted to be joining a club that has genuine aspirations to be one the best sides in India.”